Airwolf is an Upright Citizens Brigade Weekend Team. The team is comprised mostly of members from a late-era lineup of Badman. As a result, they had no need for a starter name. Their debut performance on Harold Night was on June 14, 2011.

On September 10th they began their run at The UCB East. For the first half of their show, titled Let's Go Back To Your Place, they take an audience member's stories about an unusual living situation and use them for inspiration. For their second half they perform an Eventé. 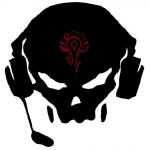